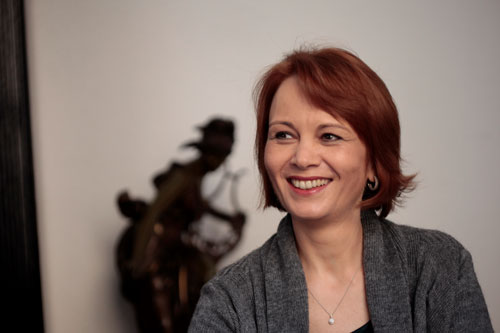 My conference will concentrate on the necessity of writing and re-writing, after 1990, the history of Romanian music (I will focus especially on classical composition). In 2002, in Bucharest, three books announced a clear change of perspective. First of all, Clemansa Liliana Firca — in Modernitate și avangardă în muzica ante- și interbelică a secolului XX (1900-1940)/ Modernity and avant-garde in the music before and after the First World War (1900-1940) — analyzes the way in which the Romanian composers of the first four decades of the twentieth century came in tune with European modernity and struggled to find their own, specific, ‘national’ voices. Then, a look at the whole twentieth century initiates an unusual tone in Romanian musicology, coming from ethnomusicologist Speranța Rădulescu: Peisaje muzicale in Romania secolului XX /Musical Landscapes in 20th Century Romania. She refers to all musical genres: classical (‘scholarly’), folk, popular, written and oral musics, without aiming to inform, but rather to interpret.

In my turn, I have tried to explore the relationship of post-war Romanian composers with the political context, in a first attempt to write the recent history of Romanian ‘scholarly’ music in the second half of the twentieth century (Valentina Sandu-Dediu, Muzica românească între 1944-2000, German Version in 2006, Rumänische Musik nach 1944, Pfau-Verlag, Saarbrücken).

I do not intend to comment on these books, but to take them as a starting point in analyzing a few aspects. First of all, I will observe how the severe cultural isolation imposed by Nicolae Ceaușescu affected not only the avant-garde oriented Romanian composers, but had an equally unfortunate effect upon musicology and musicians’ mentalities.

I propose to discuss:

On the other hand, I will notice that several musicologists (some of them with a career still before 1990, and other younger ones) tried to distance themselves from the ideological clay and from the clichés handled during the communist period. They adopted a fresh discourse, ethnographic and anthropologic tools, other methods or ideas taken from the contemporary European and North-American musicology. There are some notable efforts to re-write fragments of older or newer histories of Romanian music Nineteenth Century Music Review, 14 (2017), but the problems are still far from being surpassed. The archival research proves to be complicated as, for instance, communist repertoires (including songs dedicated to Stalin) disappeared, scores and recordings were simply destroyed. The challenges are multiple and the results still pale.

She has authored series of programmes for Radio Romania. She also plays the piano in chamber music (CDs released in Romania with Aurelian Octav Popa, Irina Murerșanu, Diana Moș; in Germany/ Neos with Dan Dediu, and in Boston / Albany with Ray Jackendoff).

Valentina Sandu-Dediu was a fellow of Wissenschaftskolleg zu Berlin, she is rector of New Europe College, Bucharest (since 2014), and received the Peregrinus-Stiftung Prize of Berlin-Brandenburg Akademie der Wissenschaften in 2008. 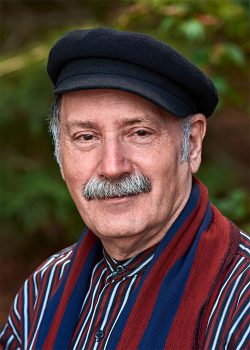 Researching Musical Relations Between City, Town, and Village in the Southern, Central and Northern Balkans, from the Eighteenth to the Twentieth Centuries.

Between the two World Wars, and especially after World War II, the Balkan nations produced much solid research in ethnomusicology as well as in Byzantinology. These scholars frequently benefited from a confluence of musicological methods originating in Germany, Hungary and Russia.

But usually a given of the ethnomusiclogical research was a predilection for documentation and analysis of the village musics and rituals of the peasant majorities of these countries, who had generally been the dominant language group of the existing nations prior to the Ottoman or Habsburg Imperial eras. But in order to gain a truer understanding of the actual musical conditions and relations in the centuries immediately preceeding the modern era, it is necessary to reimagine almost all of the Balkan territories at a time when urban populations frequently spoke and wrote a language different from the surrounding villages, and sometimes also practiced a different religion. The musical implications of this abundant reality was evident in almost every region of the Balkan countries existing today. But this was by no means a uni-directional musical movement. The entire area from the Western coast of modern Turkey up to Moldova and the historically Moldavian regions of Ukraine in the North, and Bosnia in the West, were the scenes of complex and mutual musical interactions on many social levels, from the highest to the lowest.

Learning how to research some of these issues is a major task confronting anyone wishing to understand the musical history of the Balkans in recent centuries.

Walter Zev Feldman is a leading researcher in both Ottoman Turkish and Jewish music. During the 1970s he spearheaded the revival of klezmer music. Today he is a performer on the traditional klezmer dulcimer, the cimbal, and on the Ottoman lute, the tanbur.

His book, Music of the Ottoman Court: Makam, Composition, and the Early Ottoman Instrumental Repertoire (Berlin, 1996) is taught as a basic text worldwide. In 2004 he co-directed the successful application of the Mevlevi Dervishes of Turkey as a Masterpiece of the Oral and Intangible Heritage of Humanity for UNESCO.  He is currently researching a book on the music of the Mevleviye for the Agha Khan University. In 2018 he had conducted the workshop “A Locally Generated Modernity: the Ottoman Empire in the ‘Long’ Eighteenth Century” at NYU in Abu Dhabi.

Feldman has also published extensively on Ottoman poetry, especially on the “Indian Style” of the seventeenth century, for which he had received an NEH grant in 1999.

His current research interests include the relation of rhythmic cycle (usul) and melody in Ottoman music. Since 2014 he has been a board member of the Corpus Musicae Ottomanicae (CMO) Project of the Westphalian Wilhelm University of Münster.

His book Klezmer: Music, History and Memory, was published by Oxford University Press (2016).  He is currently preparing a new book on the Jewish, Gypsy and Greek musical traditions of Ottoman and post-Ottoman Moldova. Feldman is also an authority on Ashkenazic dance, forming part of his current research on the role of gesture in the performing arts, which he taught in the NYU Abu Dhabi core course “Gesture” (2013-15) and in NYU on the Square (2018). In 2017 he gave a series of workshops on this topic in Tokyo and in Moscow.